Home » Careers Advice » Here’s Where the GIS Jobs Are Hiding

Home » Careers Advice » Here’s Where the GIS Jobs Are Hiding

If you’re a young geographic information science (GIS) professional who’s hearing all kinds of doom and gloom about the GIS job market, you’re not alone: Word on the street is that GIS jobs are few and far between. But, that’s not exactly true. 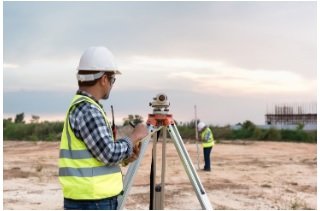 Lots of young people in the GIS field struggle to land a first position. It’s that old chicken-and-egg problem — employers want experience, but how can you get experience without a job? While you might have some trouble getting your foot in the door to a first position, that doesn’t mean there aren’t GIS jobs out there. In fact, the global GIS market is expected to reach $17.5 billion by 2023. Increasingly, employers in both the private and public sectors need professional geographers who are familiar with GIS tools. You just need to know where to look, what fields are booming and which skills are in the highest demand.

GIS Job Clusters Are a Thing

Just as areas like Silicon Valley and Seattle are home to booming software development industries, or New York City is a hub for writing and publishing professionals, there are certain regions and cities where GIS jobs are plentiful. Whether you want to work in the public or private sectors, you’ll have the most success if you’re willing to expand your search to include some of the nation’s GIS job clusters, or regions where GIS professionals are in the highest demand.

Where are GIS jobs most highly concentrated? You’ll find the most jobs in and around Washington, D.C. because the federal government is the biggest employer of GIS professionals. The federal government employs more than half of geographers, for example, and they’re also one of the earliest adopters of new GIS technologies. If you want a stable job with great benefits, and access to cutting-edge technologies, you can’t go wrong with a federal job.

However, there are plenty of private consulting companies in the D.C. area hiring GIS professionals, and you’ll also find lots of private-sector and university-based positions in locations stretching up the eastern seaboard as far as Massachusetts. Other parts of the country where GIS jobs are plentiful include Southern California, Northern Colorado and the Gulf Coast of Texas. Not interested in living in any of those places? There are GIS jobs available in every state, but you’ll just have to look harder for them. State and local governments often hire GIS professionals to do jobs like surveying or city planning, for example.

Lots of GIS Fields Are Booming 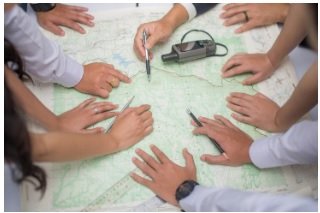 Other fast-growing GIS fields include urban and regional planning, which is expected to grow by a rate of 13 percent over the next 10 years, as local governments look for ways to deal with homeless populations, improve city parks, make cities more walkable, or attract new businesses into neighborhoods. The field of cartography and photogrammetry is also expected to explode at a rate of 19 percent by 2026, as governments face the challenges brought by severe weather events, forest fires and other natural disasters, and as private enterprise harnesses the power of data mapping to reach customers more effectively.

The skills today’s GIS professionals have are in high demand with employers. GIS is a very technology-driven field — it’s right in the name geographic information science. Skills you’ll need to impress employers include data science skills, like using SQL to manipulate databases in PostGIS or PostgreSQL. Skills in Python, Ruby, Javascript, HTML and CSS won’t go amiss. Some basic sysadmin and networking skills will help, too. And, of course, you’ll want to keep your skills in software like R and ArcGIS sharp.

How can you learn these skills? If you don’t feel like you learned enough hard skills in your undergraduate program, consider a GIS master’s or graduate certificate. Developer boot camps or free online coding courses can also help you polish your skills or keep them fresh while you’re on the job market.

If you’re a young professional in GIS, you should know that many GIS-related industries are growing rapidly. There are plenty of jobs out there for a young person with the right education, training and skills. Don’t let a daunting job search discourage you from pursuing your dreams. Your GIS career is waiting — all you have to do is begin.