Writing a cover letter is something of a fine art because just getting one thing wrong can blow the whole thing and make sure that the wrong impression is left on the employer. That’s why the following dos and don’ts are here to help guide applicants on how to write the perfect cover letter that’s going to get them that dream job.

1. Make sure that the cover letter is addressed to a named individual. It’s a personal touch and it shows that some research has been carried out on the company. If the named individual doesn’t happen to be reading the applications that day then it’s not a problem because it still demonstrates that an effort was made.

2. Write tight by not using complicated expressions and unnecessarily long sentences. Journalists always say that all unnecessary words should be cut. If the letter can’t be read at a glance and at speed by the average reader then it needs to be reworked.

3. Ensure that the cover letter is unique to the job. One way to really upset an employer is to have a cover letter that could be sent out to any company in the land and it could still be relevant. Mention the employer by name, bring up a brand or a product, and just personalise it. 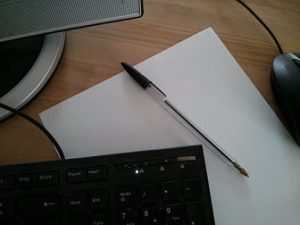 1. Depend on the employer to make the next move. Request an interview and offer a time to follow-up up on the application. The important part about following up comes with the actual following up, though. If the applicant says that they are going to call at a certain time to arrange an interview then they should do that. The proactive approach is the way to go.

2. The worst thing that anybody can do is to send off a cover letter with typos, grammatical errors, or, even worse, getting the information wrong. It shows a lack of enthusiasm and a lack of effort. Furthermore, it demonstrates that the applicant is sloppy in their work and unprofessional. When looking at a cover letter it’s essentially like a written work sample.

3. Don’t repeat anything. People will often make the mistake of writing things down that’s already on the CV. It’s a waste of space and it’s a waste of time for the person reading it. Make the most of the space that has been presented for the purposes of highlighting other skills and other experiences.

4. Wasting time by telling the employer that a resume is enclosed is patronising and a waste of space. Avoid doing it as it’s a way to turn an employer’s opinion against the applicant, even if it does seem very petty.