Home » General » What is Industrial Waste?

Home » General » What is Industrial Waste?

There are lots of terms thrown around when people start talking about climate change. Carbon emissions, petrochemicals, fracking – the big words start flying pretty fast. It can be hard to keep up.

But what does it all mean?

Thirty years ago, the environment wasn’t as popular a topic as it is now.

The popular show The Simpsons was one of the first to depict industrial waste in prime time.

In their unflattering portrayal, the owner of the local nuclear power plant and his assistant are caught in one scene holding a barrel over the town river and letting glowing green slime flow into the water.

As the chemicals floated downstream, a passing fish was caught in its path. While the audience watched, the fish mutated and grew a third eye.

This fish eventually was found by people in the town and held up as evidence that the power plant wasn’t safe. The fish, Blinky, was pasted onto dozens of posters, t-shirts, and fliers to alert the town about the dangers of the nuclear power plant.

This was all done for laughs, but it got a lot of people wondering. They wanted to know, what is industrial waste and should I be scared? 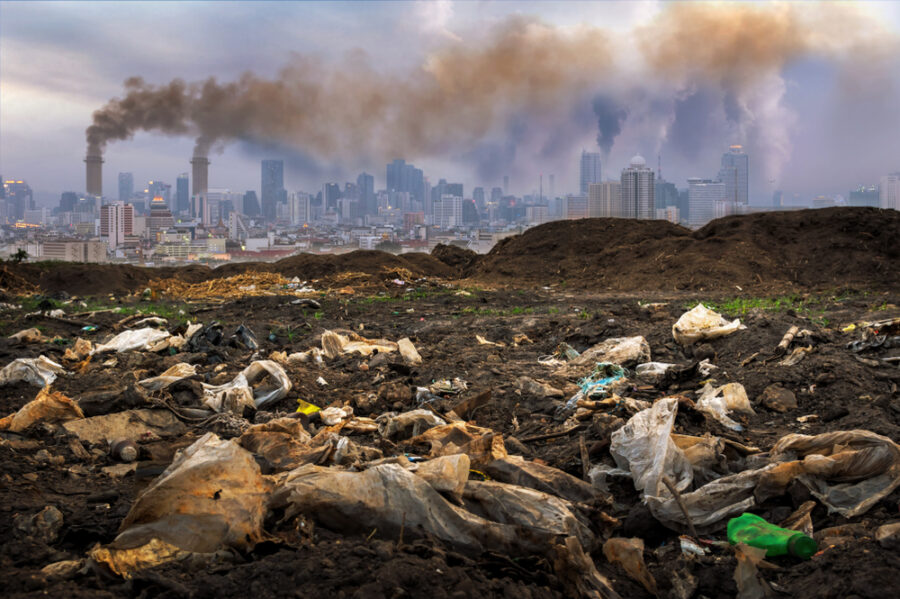 Like most things, the issue is more complicated than even a prime-time television cartoon could depict. In this article, we’re going to take a look at the different kinds of industrial waste to help shed some light on a little-known topic.

Let’s cut right to the chase. The Environmental Protection Agency (EPA) is in charge of regulating any materials that are classified as waste. They have explicit guidelines concerning these materials, including how they can be properly disposed of.

The first category of waste is non-hazardous. These are chemicals or materials that are not dangerous to human health but can impact the environment negatively.

The second is hazardous. This is anything that could cause damage by close exposure, whether it be a solid, a liquid, or a sludge. It can come from many different places. It could be a byproduct of manufacturing, or it could come from batteries of capacitors that hold charges for years.

All hazardous wastes had to start out life as a solid. This means that the EPA has to determine the life cycle of the waste in order to determine how tightly it must be regulated.

The companies that produce the waste are legally responsible for ensuring that hazardous waste is handled safely from its creation to its disposal. The scene from The Simpsons described above was a representation of illegal disposal.

Click the link: https://www.epa.gov/hw/learn-basics-hazardous-waste#:~:text=Simply%20defined%2C%20a%20hazardous%20waste,human%20health%20or%20the%20environment to find out more about these chemicals. 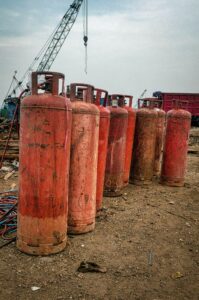 All hazardous waste must be transported by vehicles and technicians that meet certain safety standards. They must also be in appropriate vessels and safely secured. That is because they must travel across public roads, and improper disposal could affect the public.

Once they reach their destination, there are a few different paths the waste can take.

Many materials can be recycled. This is the safest and most effective means of disposal because it isn’t really being disposed of, but instead being reused. Regulations exist about storage to ensure the material doesn’t start a fire or contaminate soil or drinking water.

These chemicals are held in specialized facilities. These are called Treatment Storage and Disposal Facilities, or TSDFs for short.

Non-hazardous waste must also be handled in a particular way.

This type includes plastic, paper, cardboard, glass, and other common materials. Although they aren’t dangerous to human health, they must still be delivered to the proper facilities to be disposed of correctly.

You may remember the film, Erin Brockovich. It details the journey of one woman to bring a major company to justice over their illegal practices regarding the disposal of Chromium. The company knowingly let the metal contaminate the drinking water of an entire town.

Erin uncovered decades of neglect. The effects were devastating to the town. Almost everyone had some sort of medical condition, from headaches to neurological disorders to cancer. Old and young alike were affected, as were the animals the citizens relied on for food.

Through her hard work, she was able to bring the company to justice and get the financial compensation the town needed to rebuild their lives and try to heal. Click here for more information on how to properly dispose of industrial waste.

Now you know more about industrial waste: its types, dangers, and effects.