Making sure you don’t say the wrong thing is just as, if not more, important than making sure you say the right thing! Once you’ve been invited to an interview it’s reassuring to know that the employer believes you can do the job, they wouldn’t ask to meet you otherwise. This is their opportunity to make sure what’s on paper matches the individual – it’s all about your attitude.

As part of my role I carry out Mock Interviews & source feedback from employers on failed interviews. These are the top 5 re-occurring No-No’s to avoid: 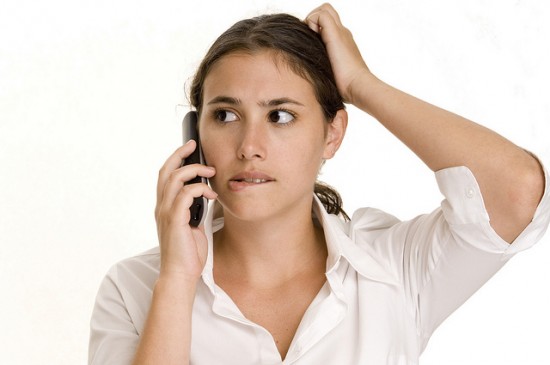 ‘I’ll do any job, I’m completely able to do anything’ – This is a useless statement to employers, and to me as an employment advisor. People think it demonstrates their eagerness and flexibility but it actually shows lack of insight into your skills and lack of direction for your own career. When a client with 20years in construction says this to me, I often hand them an application for a Consultant role at a Beauty Counter to demonstrate this point. You wouldn’t do anything, so don’t say it.
Employers don’t want someone who can do anything or who would do any job – they want someone who wants to do the job they’re advertising! A job that usually comes with a specific skill set – make sure you match your skills to the job description and discuss the role at hand.
Avoid this statement at interviews, and crucially on your CV too.

Related: 10 Top 10 Things to Mention in an Interview

I’ve lost count of the number of clients who state Retail Assistant as a job goal – they spend ages applying for retail work, land an interview … And then tell the employer they don’t want to work weekends. It shows a complete lack of knowledge around the demands of the retail industry – and usually that they’ve ignored the job description.

Another example are clients who interview for a 9-5 job and then tell the interviewer they would have to leave at half 2 everyday to pick up their children. Again, it shows you either haven’t read or have ignored the job description.

This relates to questions around salary and pay too – don’t demand a salary that far exceeds what’s being offered. The employer will either think you’re greedy, or that you don’t have a good grasp on the current industry and going salary rates.

Know the role before you go in, if it’s unclear ask the employer prior to interview and find out then about a potential job share or flexible hours, or whether the salary is up for discussion. Waiting until the interview will waste yours, and the employers time.

At least if you ask and it’s a no, the employer has liked your CV and may be open to keeping it on file for future, more suitable roles.

Related: Five Questions You Should Never Forget to Ask on Your Interview

Being confident in your skills and experience is a good thing – but don’t take it too far. One example springs to mind of a client who went for interview, told the employer the role was far less responsibility than he was used to and he’d only come to see whether he could poach the manager (the interviewers) job! Not a good impression.

Even if the role is a step back from what you’re used to, reign in the arrogance. You wouldn’t be there if you didn’t need the job so see it for it is, an opportunity to progress. Every new role is an opportunity to learn more and open doors.

The dreaded ‘What are your weaknesses’ question! Some of my favourite responses to this have been ‘I can be a bit lazy which has made me late for work in the past’ and (when interviewing for a retail role) ‘I really hate customers, they get on my nerves, but its part of the job isn’t it’.

The key to this question is, again, relating back to the job description. Perhaps you’re unfamiliar with the till system or computer system the role will involve – this could be a weakness. Always back this up with a positive note:

‘I noticed that you currently use ABC system for updating your customer records, I don’t have any direct experience with this myself from previous roles, however I have used DEF system before and I know that these two systems are quite similar so I’m confident I could learn quickly.’

During an interview, you will be asked about your last role, and if you’ve been out of work, what happened and what you’ve been doing.

It’s really important to focus on the positives – so if redundancy has left you out of work and you’ve struggled since, try to play this down, employers want to know you can overcome challenges not be taken down by them. Focus on what you learnt in your last job and the experience it has given you, bring your answer back round to why you applied for job at hand your excitement at being able to use your skills in this role.

Again if you’re questioned about the length of unemployment, try to avoid getting angry or defensive, and avoid statements like ‘I’ve applied for loads and never heard back’. Because you have heard back – you’re sitting in an interview! It also demonstrates a lack of initiative and pro-activity if you haven’t been chasing up on applications.