One of the most common cases for out-of-court settlements is slip and fall cases. That is because of various reasons, but it is imperative to know what slip and fall cases are before we go into that. Tort law is a law field that focuses on redressing harm or damage done to a person. The victim is then liable to receive compensation depending on the damage and what caused it. One type of this is slip and fall cases. These are a type of personal liability claim where a person has suffered a personal injury or loss due to slipping or tripping on premises owned by someone else. Victims are then entitled to monetary compensation for the loss that has occurred. Such cases can be devastating, both financially and mentally.

Filing for such a claim is tedious and is why they get settled out of court. To win the said case, one needs to prove three critical things. The first thing that needs to be confirmed is that the accident took place because of another party’s negligence. Additionally, it is necessary to ascertain that the accident was the direct reason for the sustained injuries. Lastly and most importantly, it is imperative to prove that these injuries have direct financial costs. The compensation has to be claimed from the property owner or the one who has exclusive control. The above in legal jargon would mean that the premises owner should owe a duty of care to the victim. There should be a breach of that duty which would prove negligence. Lastly, there should also be causation which means that if it weren’t for the defendant’s negligence, the victim would not have sustained the injuries.

The above can only be proved by a competent lawyer that has the needed experience to argue the points. You can find a skilled lawyer even through a mere google search. For example, suppose an incident has taken place in Tampa or nearby. In that case, you can search for a slip and fall injury attorney in Tampa, and you will get several suggestions. However, remember to check reviews before finalizing the deal. 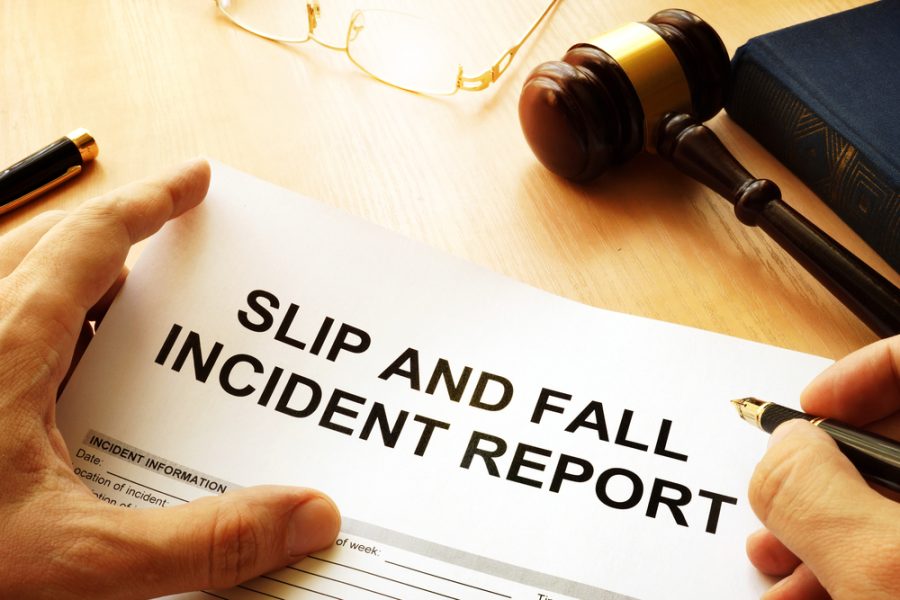 How many cases go to trial?

The percentage of slip and fall cases settling out of court is high. The biggest reason for this is because taking the case to court is more time-consuming and might be more expensive. Thus they prefer settling out of court, as do insurance companies. However, it is imperative to note that each case is unique. The settlement will depend on the circumstances surrounding the accident.

Often, the insurance company’s reaction is also what determines if the case goes to trial. It boils down to their willingness to offer an amount that is fair and suitable for the damages that have occurred. Sometimes, the amount they offer initially seems to be a fair amount considering that medical bills are due to injuries. But you must know that you should consider the ongoing injury evaluation and hospital visits even after it has healed.

Proving negligence in a court of law

According to the law, all property owners must ensure that their premises are safe and void of any safety hazards before allowing any visitors. Although it seems straightforward to prove the injury’s causes, it can be quite challenging to confirm that the owner was negligent.

To prove negligence, one has to confirm that the owner was responsible. For this, there are two ways:

Proving these becomes significantly harder as the defendant’s lawyer will likely argue that the victim had some fault, if not all, in the accident.

Defenses available to the defendant

If the case reaches trial, the defendant has two primary defenses that they can argue to reduce the liability that they are facing.

The availability of these defenses means that it is harder for the victim to prove negligence and win such a case.

Duration of settling a slip and fall case

Depending on the circumstances around the injury, the time that it can take to settle varies. Some cases can end in a few months, while more complicated issues can take up to a couple of years. The reason behind it is that the victim usually has little control over how negotiations and settling occur.

However, a crucial piece of advice is that suppose one is trying to speed up the process. In that case, a significant amount of time is imperative to negotiate and get the fair settlement amount.

The amount of settlement

The amount that the victim should get can be calculated in two ways:

The burden of evidence that is required to prove negligence is too high. It is all too common for the accident to happen in a place where first-hand accounts of witnesses are not possible, neither security footage. No evidence is then useful to prove that the owner knew of that hazard. Due to these reasons, it is tough to win a slip-and-fall case in court. Therefore, most of these cases are settled outside court as it saves time and grants a sufficient amount for settlement.