It’s a fact that different nations, and at more granular level cities, towns and villages, have a reputation for being healthier than others. Healthiness can be measured in a number of ways. A popular method is life expectancy, as a longer average life expectancy would denote healthier lifestyles. However, increasingly metrics such as overall happiness are being used as an indicator of a healthy population, as good mental health is a strong indicator of a healthy lifestyle also.

In reality, there are quite a few metrics that can be used to determine health. Whilst nobody’s perfect, there exist a few populations scattered around the globe that for one reason or another consistently perform better than others in this regard. Here we’ll explore some of them and the secrets to their success.

If the number one measurement of a healthy lifestyle is life expectancy then few places are healthier than this small town on Italy’s southern coastline. Here a staggering one in ten people live to over the age of 100, and it’s currently home to around 300 centenarians. Naturally, people are curious to unlock the secret of their almost preternatural longevity. When asked by either scientists or journalists, residents purport a laid-back but relatively active ‘flip-flop’ lifestyle with strong community bonds. Scientists also point to a healthy diet consisting of olive oil, fresh fish, wine (okay maybe not wine but one can dream), locally grown fruit and vegetables, and rosemary. Being a small town on the coast they also benefit from clean air and lack of pollution and good genes may also play a part too.

One can think that Italians are healthy because they love wine. Whether it’s lunch, dessert, or dinner, they love to pair meals with a glass of wine. Wine is a type of low-alcohol-content beverage that’s good for the cardiovascular system. Romans believed in ‘Bacchus,’ the God of wine, and those who consume moderate wine help attain a healthy heart and kidneys.

Seasoned sommeliers love Italian wine because no other country in the world can produce a great variety of wines. Every single province and town in Italy has several grape varieties—producing many types of wines. Hence, sommeliers love to explore Italian wines because of their superior quality and variety. For this reason, many great sommeliers also come from this country. If you’re interested in becoming one, you need a sommelier certification as well.

Although Acciaroli will certainly push up the overall average, Italy isn’t the country in the world with the highest average life expectancy. That accolade goes to Hong Kong, where most people can expect to reach the grand old age of 84.3 years (for women it’s 87.3!) Perhaps surprising in such a huge, densely packed metropolis, but the secret lies in its modern design. Residents can take advantage of ample green and leisure space, and housing estates are designed to encourage walking and lend themselves to community living. Residents can easily access excellent healthcare and there’s a strong Chinese cultural element of caring for the elderly. A traditional Chinese diet of natural, unprocessed foods is also thought to play a significant role.

Like the Chinese, Hong Kong residents also practice Feng Shui. They consider this a priority factor when it comes to determining health habits and good practices to implement in their lives. They believe in the power of crystals, gems, and even astrological influences to business or career, wealth, and general health. All of these things can affect how they perceive health. And hence, they strive hard to attain balance and maintain a healthy lifestyle and meaningful life.

Ireland is quickly rising up the ranks of healthiest countries and is now considered to be the healthiest nation in the British Isles. A fun-loving bunch, this must be down to their love of sports and the great outdoors. They are also champion gamblers, wagering over €10bn at www.casino.com/ie or in casinos and bookmakers in 2019 alone. Around eighty per cent of Irish people believe themselves to be healthy, which is actually the highest ranking in Europe. So, it appears that a positive mindset really can do wonders, as we’ll see with the next country on the list. 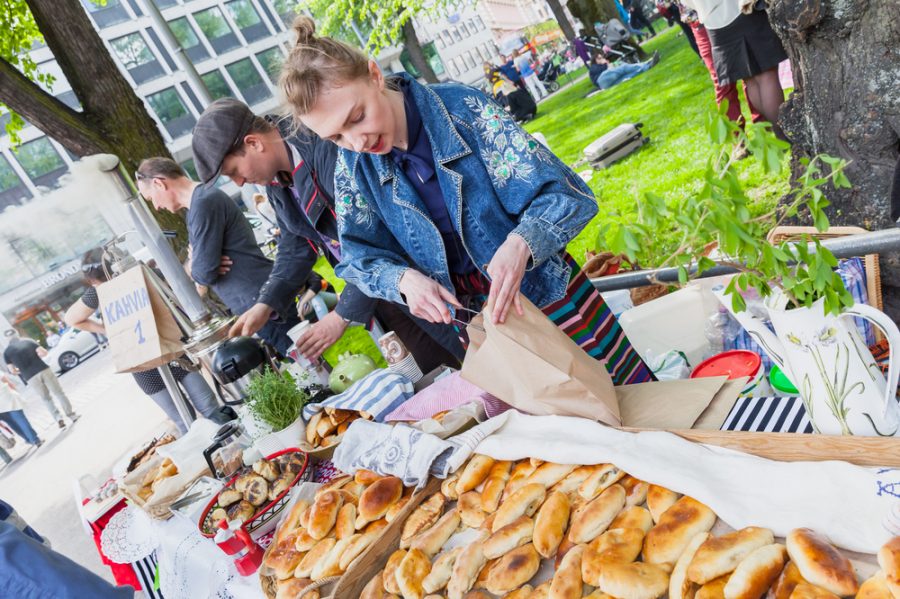 Finland is the happiest country in the world. This is quite an achievement as a lot of the year they inhabit a cold, dark world. To measure happiness the metrics used are GDP per capita, social support, life expectancy, the freedom to make life choices, generosity, and levels of corruption. As you’d expect Finland scores highly across the board, but particularly high on generosity, with a large proportion of the population donating to charity and volunteering on a regular basis. So maybe generosity is the key happiness and mental wellbeing? Such are their levels of success at happiness that you can even rent a Fin to learn about their unique set of daily habits and traditions.