Do you ever wonder why some people seem to have such an easy ride in their careers? Their manager likes them, their colleagues respect them, they always getting good feedback and they get promoted really quickly.

It could seem like they found the four leaf clover and it’s true, they might have had a few lucky breaks. But if my conversations with young professionals have shown me anything, it’s that those lucky breaks don’t just happen by chance. 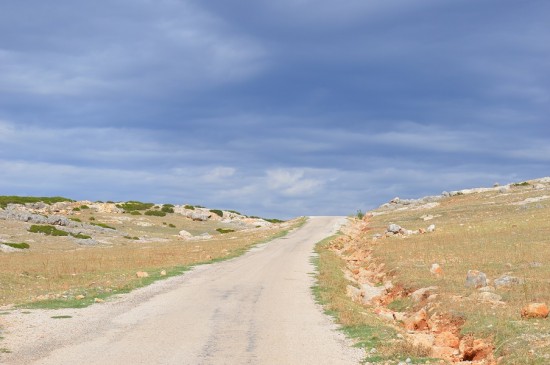 There are simple, practical steps that these successful people have taken to make sure they get on well in their careers. So these are my top three lessons on how to make your own luck.

You can only make progress if you’re aiming for something. Often we hear about 5 year plans but actually, I’ve spoken to people who go much further. They have looked at what they want to have achieved by the end of their career and worked backwards from there.

By reverse engineering your final aim, you can work out very clearly the steps you need to take now in order to make yourself a success. Then you can make sure you’re starting down the right path.

2. Get the basics right

While you might need specific skills or experience to reach your long term goal, it’s important not to under-estimate the basics. I heard it put best like this:

“You can get very far by being organised, reliable, with tidy outputs, without being intellectually inspiring.”

Trust doesn’t often get built by pushing the boundaries. Trust is based on quality, reliability and honesty. So before you do anything else, start by demonstrating that you can deliver the goods.

It’s a mistake to think your career progression depends only on your own competence. The place where you work and the people with whom you work will have a big impact on how easy or hard it is for you to progress. The people I’ve spoken to who make the quickest progress understand these politics early-on.

Partly, it’s about the organisation. How does promotion happen where you work? In big organisations you can often only get promoted at certain times of year, or after spending a certain amount of time at each level. You can therefore easily work out the minimum time it will take you to move up to a certain seniority. For some people, the clarity of that progression structure provides some welcome certainty. For others, it’s a constraint. A lot of successful young professionals I’ve spoken to have spent about three years getting solid development in a big company before actively chosen to work in smaller organisations where promotions happen more flexibly. For the ones who are confident they can direct their own learning, they might choose smaller companies right from the start.

Alongside this are the people. As one of my interviewees put it “you have to remember a lot of the people making decisions about your career are not the ones you work with day to day”. Your promotion might be determined by a committee where only one of five people has ever worked with you. It’s even possible that none of them will know who you are. So you need to raise your profile with the decision makers. Let them know what you do and why you’re valuable.

For one of my interviewees, it was hard to reach all those people directly, so he found a champion. He openly explained to one of the decision makers that progression was important to him. Then he directly asked them to help communicate what he was achieving to the wider group. It was a game changer and helped him move up rapidly in his organisation.

Not all of these steps will feel like rocket science, but it’s a lot easier to agree with them with than to implement them. Don’t let simple things hold back your career. If you plan early, get the basics right and understand the politics of promotion, then you can quickly increase your chances of career success.