Home » Interview Tips » How to Nail a Digital Interview

Home » Interview Tips » How to Nail a Digital Interview

In an age where several aspects of finding and recruiting talent is conducted online, it perhaps only makes sense that having the ability to carry out interviews over the web should follow suit as well. 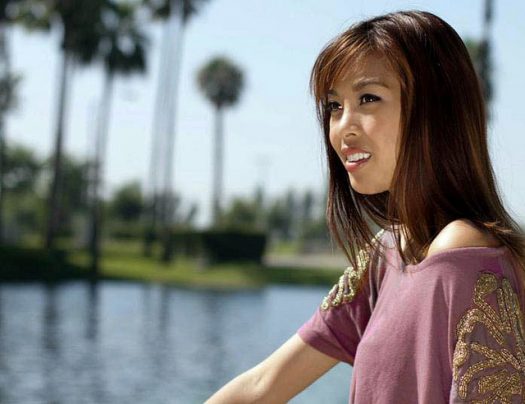 Already popular in the U.S. and Canada, digital interviews are slowly but surely gaining popularity in the U.K. and parts of Europe. A survey from the US-based staffing company OfficeTeam revealed last year that 63 per cent of companies utilize digital interviews, such as video. This was up from just 14 per cent the year prior.

The increasing popularity of telecommuting calls for vetting candidates from all over the country – or the world – and this can be a costly procedure for recruiters. So what exactly is a digital interview?

Know how it works

Despite only really gathering steam recently, digital interviews have been around for a surprisingly long time. “Originally they started about ten years ago, right in the US,” says Tom Stroud, Founder and Managing Director of Tazio, a UK-based provider of digital interviews. “In terms of the UK and Europe, it’s only really started to take off in the past 2 or 3 years.”

Recruiters can fully customise an interview with branding and questions to suit the role or company. They can then integrate interview templates into branches of social media such as LinkedIn, so candidates can apply and interview for the job quickly and easily.

According to Stroud, the lack of education surrounding the digital interview process is one of the challenges facing the medium. “I think the main pitfall is really around educating the market and the candidates in terms of what to expect and how they should go about it. We find that doing video introductions helps candidates hugely.” Recruiters can record videos that play ahead of the interview that explain a bit about the interview process, the role, the corporate culture and the expectations to help remove any doubts. “Plus, if you record that intro video in the office, candidates get to see what the working environment is like and they can see it’s suitable for them,” adds Stroud.

Know who it’s for

Digital interviewing is ideal for screening candidates for roles in:

“In these sectors video interviews are ideal, because it’s not necessarily paper qualifications you need to see, but their attitude and general persona,” explains Stroud. Technology-based roles are also suited to digital interviews, because recruiters can test for literacy and numeracy as well.

Every recruiter has dealt with a candidate who has put forth a CV or boasted of skills that aren’t necessarily true. Instead of sifting through countless resumes and arranging interviews, a few well chosen questions can separate facts from fibs at the video interview stage. Aside from credentials not matching up, it is often the case that a candidate isn’t the right fit for the corporate environment. “Unlike a face to face interview, with a video you can stop whenever you’ve seen enough,” says Stroud. “A number of times a recruiter will begin an interview and know fairly early on that the candidate isn’t right for the role, but out of courtesy will spend half an hour conducting the interview anyway. Video interviewing eliminates that problem.”

Digital interviews have numerous benefits, depending on what you’re recruiting for. For high volume recruiters, having one video template to screen a vast number of candidates will allow for significant time and cost cutting without compromising the hiring process. Recruiters can spend fifteen minutes creating an interview, and then send it out to thousands of applicants and review them at their own pace. From this shortlist, hiring managers can make the decision to schedule face to face.

Know who to target

“If you’re looking at international recruitment, or recruiting across large geographical areas or talent pools, digital interviewing helps with cost savings. Recruiters don’t have to travel to attend meetings,” says Stroud. As companies offer flexible work options such as telecommuting, having employees in an office or a city isn’t always a requirement. A survey conducted by Ipsos Global Public Affairs last year revealed that one in five workers telecommute on a regular basis, and almost 10 per cent work from home. “If gives you the opportunity to work when you are most productive,” says Keren Gottfried, research manager at Ipsos/Global. “You are working when you know you are best able to get the work done.” Digital interviews allow you to screen and hire valuable employees that have never set foot on the work premises.

In addition to accessing an international talent pool, the process also enables recruiters to hone in specialist work forces, such as senior executives. “We’re seeing more companies turning to digital interviews to fill upper level roles where perhaps the talent pool is limited, or you’re dealing with passive candidates that already have comfortable jobs,” says Stroud.

The key thing to remember, he adds, is to know the market in which you are recruiting. “There are areas of the market where it doesn’t work as well. For example, for something like entry level shop staff, they won’t go to the hassle of a video interview even in the current tough times. They just want a job.”

But for those committed candidates who are eager to find work, the online interview process is a mutually advantageous one for both job seeker and recruiter. Says Stroud, “In the end, there’s far less steps to go through to achieve the same desired outcome: finding the ideal candidate.”