The retail giant, Tesco, is opening a supermarket on the Ings Road Retail Park, Wakefield, West Yorkshire which will create more than 450 job vacancies.

Tesco in jobs row over planned development in Wakefield

A report commissioned by Wakefield Council is calling into question Tesco’s assertion that it will create hundreds of jobs if it opens a planned new store in the city. The report states that the number of new full-time jobs will be in the region of 60 after considering the likely job losses at other retailers that will be caused by the store.

The report warns that a combination of factors, including the current economic challenges, reduced customer spending and low vacancy rates in the city, could mean that approval of the supermarket chain’s proposal causes a negative displacement of employment opportunities.

The report also criticises the use of the site, which had previously been earmarked for residential and mixed-use developments, for retail purposes and ultimately recommends that Tesco’s proposal be refused. Highway agencies have also dismissed the assessment of the impact on traffic caused by the site as incorrect.

Reacting quickly to the report’s content, Tesco stated that they had received support from local councillors for its plans, releasing a statement from Margaret Isherwood that expressed her support and that of fellow councillor Tracey Austin for the project. 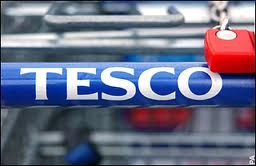 The company vowed that the new store would mean a large investment being made at the Ings Road Retail Park and encourage people to shop in Wakefield.

Location : Ings Road Retail Park, Wakefield, West Yorkshire
Tip : If Tesco open this new store most of the vacancies will become part of a Regeneration Partnership scheme which means those jobseekers who are long term (this is usually more than 6 months) will have more chance to get the jobs!

Tesco said that before anything happens they will talk to local people first!