The Cognitive and Linguistic theories have played a substantial role in applying empirical analysis and research on the writing styles and choices of the writers. It serves the teaching of composition by amalgamating both the theories into one and creating an appropriate analysis of the writer’s choices.

Similarly, Linguistics theory is about the importance of grammar in composition. Along with cognitive theory analysis, research on the linguistic (grammar and vocabulary) – oriented composition theory into the writing process also helps in distinguishing writers.

Various people have indulged in studying the pedagogical advancements of cognitive and linguistic theories considering trends, insights, and deficiencies of the choices made by writers.

The intention is to confirm the process theory by providing data research regarding the writing process and by applying scientific research to the field.

Let us study both the theories individually and understand their impact on the writing skills and choices of writers.

This revolves around the writer’s thought process. The writers’ thoughts have deeply influenced or constrained the writing choices, and it has been well observed by capturing the cognitive processes of writers while they are writing through their note-taking and speaking loudly and by recording writer’s keystrokes. An example of such skills would be reflected in novels once one understands how to write an autobiography or a piece of content from any other genre.

It focuses on paragraph structure and sentence-level composition and further aims at studying the proficiency levels of writers. To judge the writing quality, a well-defined analysis is conducted to redefine the relevance of cohesion and coherence. Studies of linguistics help to analyze the theoretical, pedagogical, and assessment frameworks of writing skills.

The Cognitive Theory revolves around:

The Cognitive Process of writing includes:

Invention and Creativity, the arrangement of content, and the style of writing, memory, and the final delivery.

On the same basis, writers can be distinguished as

Under this segment, writers emphasize actual contexts of use, improvised texts with abstract templates, mediated by social interventions and practices and knowledge acquired through particular communities of practice. The writing is socially privileged and is a critical tool for the success of the writers.

2. Writers writing as per genres:

These genres could be of various categories like Crime, Romance, Suspense, thrillers, comedy, Murder mysteries, Horror, and Adventure. Genres are expressed through narrative, argumentative, and exposition of the style of writing that the writers used. The analysis of writers is also done based on methods of text organization, domain knowledge, working memory, the role of the audience, mastery of textual skills, and the role of reasoning skills.

Writers are judge based on their ability to elaborate an explanation, generate alternate explanations and scenarios, formulate arguments, creating a good plot, story, and examples.

These are the foundational skills of writing, which are based on the research and prior knowledge of the topic. Writers are assessed on their creative recognition of plausibility, retrieval of content and arguments, access to common sense theories, enabling argumentative pieces of evidence, and connecting to deeper inferences.

5. Identification of writers based on their writing proficiency, instruction, and characterization of skill

The essential features of writing abilities involve recursive skills, social activity revolved within the content, learning, and discovery, writers being aware of the audience, context and purpose, invention and revision, peer review, and great composition.

The Linguistic Process of writing includes:

The linguistic properties of a writer are judged on interpretative and expressive abilities, which enable the writers to generate content and adapt it according to the audience the novel caters to. 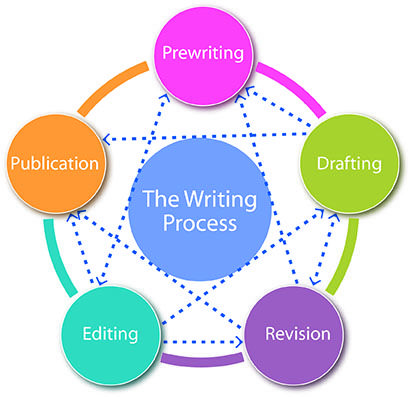 The Linguistics of a writer is all about rhetorical intentions, exposition, expressive variants, parallel interpretations, sentence structure, paragraph length, discourse markers, claims and sub-claims, text types, genres, plots and stories, vocabulary, and grammar. An example of such a genre can be better understood once one really figures out how to write a  fantasy novel.

The different styles of writing that are chosen by a writer based on linguistics are:

It is based on the choice of words, punctuation, and sentence structure. The description of a writer is best described by the vocabulary he has used in context and grammar.

It can be done in a formal or informal context. Grammar includes punctuation, paragraph length, structuring of sentences, and jargon (which typically should be avoided till the time it is on academic subject writing).

This can be distinguished based on the readers and audience of the novel. If it is a fictional or factual piece of writing, it makes a big difference in deciding the style of writing – whether it is formal or informal. The language and style of writing define whether the writer is in a formal state of writing, or it is for a general genre like children based on romance or adventure.

The tone of the writer on a broader aspect could be positive, negative, or neutral. It could be a happy story based on jovial and good things in life, or the story could be based on a sad dispensation, which could have a negative repercussion in the end. The complicated tone is the neutral tone, which could involve matter based on academic, cognizance, pedagogic, philosophical, and much more.

This empowers the five senses in stories and enables the reader to sense stories and details engrossed within the content. This is more reliant on the show and not tells theory, where necessarily words are not required to express, but just the expression says it all for the readers.

The story graph, the characterization of the characters, and sensory details make the readers assume and imagine the taste, smell, touch, hear, and sight of the text.

This kind of writing revolves around the use of figures of speech like similes, metaphors, onomatopoeia’s, alliterations, and sarcasm. This could be a reflection of the tone used, but it isn’t constant and is used in specific contexts. This is to elaborately explain details of characters or the base story-line and talks a lot about the choice of the writers.

Thus we can say the cognitive and linguistics choice of writers tells a lot of their mindset and what they want to put across to their readers through the content created by them. There are a wide array and range of thoughts that can reflect on the writer’s mood, personal surroundings, and circumstances, and it all reflects somewhere on his content writing through cognitive and linguistic methods.