Once you’ve landed that new job and handed in your notice the usual next step is the exit interview. There are mixed feelings about the exit interview – some employees want a chance to have their say and get some closure before moving on, others dread meeting with HR to answer the standard questions, others want the opportunity to thank their colleagues and the organisation for a great career and others just think the whole process is a waste of time.

Whatever your views and opinions it’s definitely not the time to burn those hypothetical bridges or go out all guns blazing. In fact if that’s the way you feel when you are about to leave the organisation it really is time to move on and it’s probably best for everyone if you don’t have an exit interview at all. 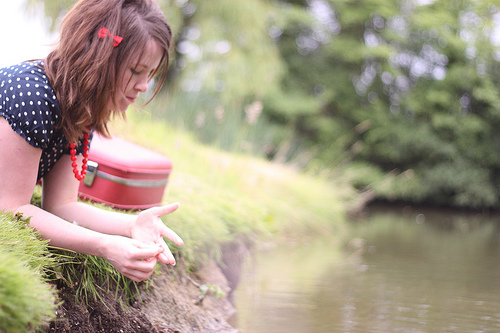 If done properly by HR and the process is one valued by the business then the meeting should be more like a constructive conversation. It’s both an opportunity (if applicable) to let employees know they were valued and made a significant contribution to the organisation and a chance for employees to leave on a positive note. If the information gathered during this meeting is used then the organisation can really learn a lot about what good employees think about the organisation, how they perceived they were treated and if appropriate put in place preventative measures to address any issues or make improvements. Even though exit interviews are usually confidential the information gathered over a certain period can give an organisation some common trends and themes.

Here are some typical questions asked at an exit interview to help give you some awareness of what to expect and whether you see any personal gain from attending.

This is probably going to be one of the first questions – where are you going? Some companies will need to know where you are going because of a Restrictive Covenant or a Non Compete clause in your contract. They’ll need to know if you are going to a competitor in order to protect their business. If these clauses are stated in your contract you’ll need to disclose this upfront because if not you’ll be in breach of contract – they will most probably put you immediately on garden leave. It will also be interesting for your employer to find out who is currently recruiting and watch for any trend in the future.

Having worked in the financial sector we often recruited candidates from the clearing banks (RBS, Lloyds, Barclays) in the city – these banks would provide solid training and experience relevant to the type of work handled in the bank. I also used to work for a mailing solutions company that had approximately 60% of the market share in the UK. There was only one main competitor that employees would regularly move to and the information gained via the exit interviews was extremely useful for benchmarking (albeit it anecdotal).

2. What first triggered the search for a new job?

Most companies are more likely to ask – what are your reasons for leaving? If HR and the business value the exit interview process then it’s more likely to be a constructive conversation to find out what first triggered the search for a new job – rather than asking out right why are you leaving? The latter is a bit blunt and it doesn’t always lead itself to a two way dialogue.

Research over the last few years indicates there are generally three or four main reasons why employees leave organisations – in no particular order:

As already stated asking about the reasons for leaving is probably going to be one of the first questions and then you’ll be asked to narrow these down to the one main reason. Lots of executive search and head hunting companies prefer to source the passive candidate – because apparently these candidates are more engaged, motivated and generally perceived as more productive. So be honest in the exit interview if you weren’t actively seeking a new job.

3. What is the new salary and benefits package?

This is one of the standard questions and again this is often asked so that companies can understand their competitor’s salaries and it give some anecdotal information when going through the salary review process. However this question is also asked if the company are considering a counter offer. They will need this information to construct a new salary. This isn’t an automatic reaction to someone handing in their notice and certainly not even considered by some companies. The counter offer is usually reserved for a few individuals that have a very valuable skill to the organisation (may be difficult to recruit) or the employee is considered as a high potential.

As the employee you need to think very carefully about your original reasons for wanting to look for another job and your main reasons for leaving (especially the reasons you don’t tell HR). The counter offer can be initially very flattering and you will feel very valued. But think very carefully – the company didn’t recognise your value until the eleventh hour. What other things are going to change other than the salary? Probably nothing – all other conditions will remain the same and everything that was beginning to frustrate you or annoy you will grow tenfold because you are now very aware of them. In six months you’ll be looking for the next role again and in that time the labour market can change dramatically.

4. How would you describe your relationship with your manager?

It’s fairly common that employees leave due to the management style. I’ve worked for some great managers but I’ve also had my fair share of disorganised and disengaged managers. Okay being a manager is a difficult job and individuals respond to different styles of being managed – authoritative, collaborative or directive etc. There’s certainly no need to do masses of preparation for an exit interview however, if your relationship with your manager did go through a difficult patch it’s best to think carefully how you are going to communicate – even the best communicators would struggle to remain positive and professional when unprepared for this question. Think consciously about the positives and what you’ve learnt – otherwise a rant about the boss will often make you look unprofessional.

5. How would you describe your relationship with your colleagues?

Hopefully you’ll have some really positive things to say about your colleagues and how much you’ve enjoyed working with the team and learnt so much. If there were problems or issues it’s very difficult for HR to address these at this late stage. Of course if it’s a serious issue (bullying, harassment, grievance etc.) then HR will need to explain your options at this stage. It is better to manage if you are still employed at the organisation but if things at work have become so uncomfortable you could have a case of constructive dismissal and we would suggest you seek legal advice.

Related: How to Research a Company to Prepare for an Interview

6. What did you think about the way we recruited you?

This question is more relevant for new recruits – probably employees that were hired in the last 6 to 12 months. Recruitment practices are critical to the success and reputation of a business and it’s important to understand what employee’s think about the journey from application to interview to offer. A recruitment department will particularly be interested in gathering this information in order to address and improve processes.

7. Did the job meet your expectations?

Most good companies will want to understand whether they are realistically describing the employer’s proposition to a candidate throughout the recruitment process. Are the company’s third party recruitment consultants, HR personnel, specialist recruiters and hiring managers all painting a realistic picture of what it’s really like working at the company. Are they properly explaining the challenges and expectations ahead?

An employee’s psychological contract starts when they apply for the vacancy and their journey with that organisation starts. Good businesses will very much want to protect their reputation in the market with their clients but often over look the importance of managing candidates properly throughout the recruitment process. Candidates talk, tweet, update their face book status and definitely tell their friends, parents and close colleagues about bad experiences.

8. Did you have the tools and resources to do your job effectively?

It’s a real shame this question gets asked when it’s clearly too late for the person exiting. This really should be a question asked within a person first three months in the job. We used to have the “How’s it going” interview in one of my previous jobs. New employees really got a lot out of this meeting and it was a real chance for HR to feedback some very quick wins in terms of improvements.

These quick wins could benefit the new joiner and anyone else being recruited in the future. Whereas in the exit interview it’s a little too late for the employee leaving and a shame if there was something that could have been changed, implemented or improved to keep them in the business.

9. Did you receive the training and development you expected from the company?

This is very useful for the Training Department to understand whether employees were receiving adequate training and development to do their jobs effectively. Again this is another great question but all too late for the person leaving the organisation. Although, it’s still useful to gain additional sources of information in order to improve the training provisions of a company.

10. Did you feel the company matched up to its values and corporate culture?

There are certain assumptions you can make when you think about the big companies and you can generally have an educated guess what their corporate culture is going to be like. However, it’s always better to go in with an open mind otherwise you’ll see what you want to see. If everyone says it’s a “blame culture” or “it’s an aggressive environment” then it’s likely you’ll be looking for evidence to back up these generalised statements. It is human nature to want to be right and in the academic world this is called the confirmation bias.

You’re certainly not expected to prepare for an exit interview and these points are mainly intended for you to understand what is likely to be covered during a typical meeting. If you’re like me you’ll like to have some time to think rather than turning up for the meeting cold. Tell us about your experiences during exit interviews.